Coverage Anchors provide a powerful new way of editing the coverage of a path-based test so that it includes only functions or failure modes that are either upstream or downstream from selected function(s) or failure mode(s). Let’s use an imaginary design to help understand how test coverage anchors work. The following example depicts the coverage of a user-initiated test defined at the second (middle) of the three output flags at the right. By default, the test’s coverage contains all functions upstream from the selected output flag:

In the following example, the analyst has used the Test Coverage panel to specify that B2 is a coverage anchor: 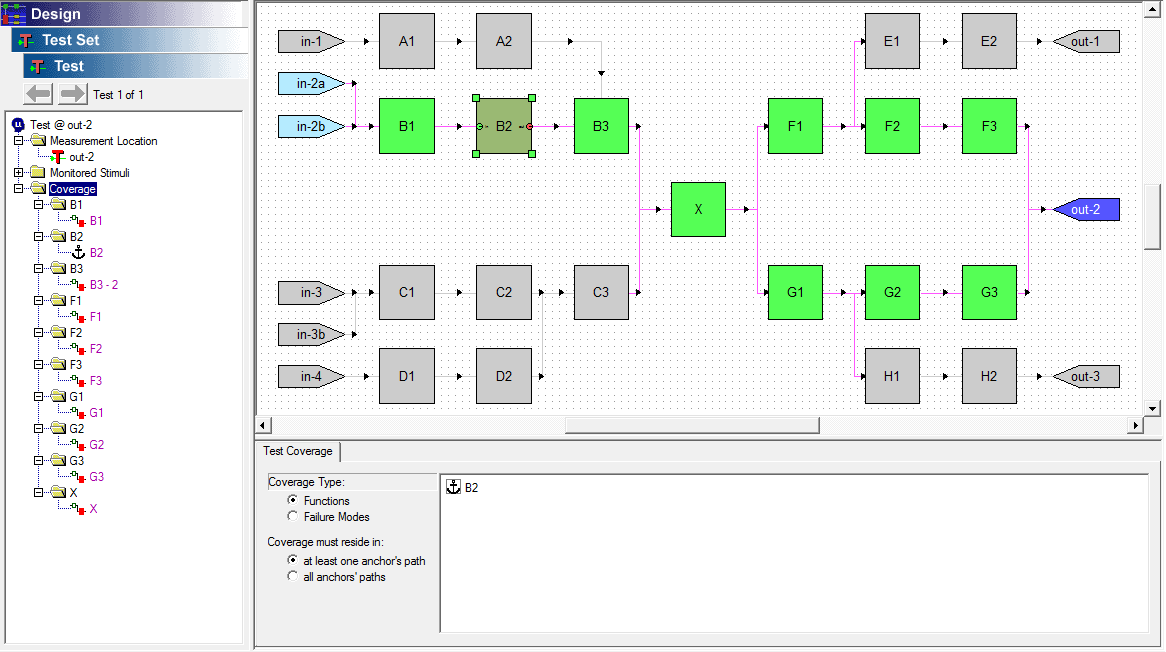 By selecting B2 as an anchor, the test’s coverage has been reduced to only those functions that are upstream or downstream from B2 (the coverage must still all be upstream from the selected test location, of course). Any function (or failure mode) in a test’s coverage can be used as an anchor by clicking on the checkbox beside that function on the Test Coverage panel or right-clicking on that function in the coverage list in the Explorer Tree and selecting “Use as Coverage Anchor” from the pop-up menu.