The Failure Mitigation Report shows, for each primary failure, the extent to which that failure is mitigated by functional redundancy (or some other design consideration) to prevent it from acting as a single point of failure. 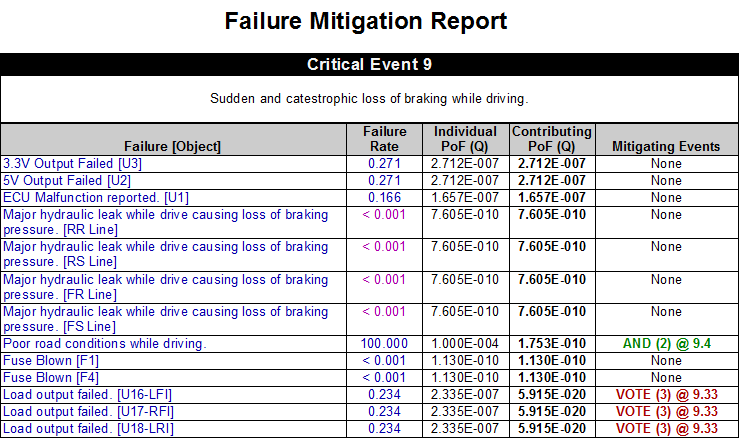 This report shown shows both mitigated failures and single-points-of-failure. In addition, the report shows four failures which have reduced likelihood (i.e. 7.605E-010) due to prognostics and one failure which represent a required system condition that must occur to produce the critical event.

The Failure Rate column contains the failure rate for a particular primary failure (or external event).

The Individual Probability of Failure represents the likelihood that a particular primary failure (or external event) will occur within the specified exposure time.

The Mitigating Events column lists all Events where a particular failure is combined with other failures using either an AND gate or a Voting OR gate.